How to Massively Increase Your Business 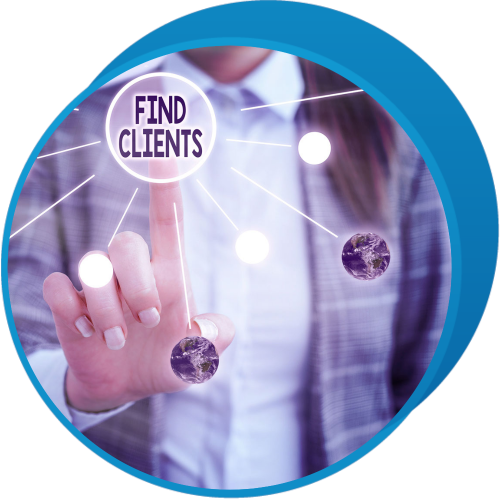 There’s an idea I share during my speeches that massively increases the business of everyone who follows it. It is not for the faint of heart and it takes some work but, f you’re willing to do it, it will significantly grow your business.

Many of you are going to groan, wince, swear, or do all three when you hear this. Few people will be willing to do it. Please don’t be fooled by it’s simplicity, after all, most problems have simple solutions, we as humans just like to complicate them so we have an excuse for a lack of success. In any case, without further ado, here is the idea: spend a minimum of three to four hours a day, Monday through Friday, prospecting for new clients.

While that may sound like a lot of time, it’s actually fifteen to twenty hours a week, out of your total hours of 168. Spending nine to twelve percent of that time doing the most important task you do as a salesperson: prospect for new business, is not all that much time. Now I know some of you are thinking, wait, closing the business, not prospecting, is the most important task because without closing, nothing happens, and you’d be right, at the same time, in order to get the sales, you need plenty of prospects. You can’t close the sales, without first getting the prospects. So, whether you agree with me or not, just stick with me a little longer.

Let me give you a couple of examples of people who have followed this. I have a friend who is one of the top Realtors in Central Massachusetts. When he started in the business he was a transplant from New Jersey who knew absolutely no one in the area. He went to the manager of the office and asked him how he should get some sales. The manager told him to call the expireds list (people who had listed their house with an agent but it did not sell) and the list of FSBOs (for sale by owners). My friend was used to cold calling over the phone. One of his previous jobs was selling newspapers over the phone, so he was used to making a lot of calls and getting rejected. He proceeded to make 603 phone calls over the next month. From those calls, six people decided to list their houses with him and that resulted in three sales over the next two months. For sake of comparison, the average Realtor gets twelve listings a year and sells three houses. So, in two months, he equaled the average Realtors annual sales simply by making 603 phone calls in a month. By the way, the other Realtors in the office called him lucky, said he must know a bunch of people in the area, or otherwise be connected, etc. None of that was true, he was just simply willing to do something the others were not, get on the phone and do a massive amount of prospecting.

In a similar story I have another friend who lost his job in the banking industry when he was in his early 40s. Evaluating his life and options he decided to embark on a dream he had years ago when he was in college. His dream was to become a chiropractor. He resumed and completed his studies he had started in college, got all the necessary training, and, since he was starting a new career, decided to change his location too. He moved from Minnesota to San Diego. Upon his arrival in San Diego one of the first things he did was to visit the offices of the local association of chiropractors. They turned him away at the door. They told him, “We already have too many chiropractors. There is one chiropractor for every eight people in San Diego.” Now keep in mind, this wasn’t eight people looking for a chiropractor, it was every eight people. Let me ask you a question, if you had been my friend, what would you have done? I’m embarrassed to say I’m pretty sure I would have turned around and gone back to where I came from. I think the vast majority of people would have. The excuse would of course be along the lines of, the market is saturated with chiropractors, thus it’s not a good place to be a chiropractor. How could you possibly be successful in that market? My friend decided to stay. Over the next eight months he went out seven days a week and knocked on the doors of houses and businesses. He had a questionnaire with him. The first question was: if a chiropractic office opened in your area, what would you like to see, just regular chiropractic, yoga, reiki, massage, other? The last question was: If I open a chiropractic office in the area, would you like an invite to the open house? In the eight months he knocked on over 20,000 doors, spoke to over 6,000 people of which 4,000 said they’d like an invite to the open house. In month nine he sent out the invites, opened the business in month ten, and in the next twelve months grossed 1.2 million in revenues which, at the time, put him in the top ten percent of chiropractic offices in San Diego, a city with too many chiropractors.

Granted, the chiropractor spent more than three or four hours, and he did it seven days a week. That said, he completely blew the average out of the water and beat 90% of other businesses in a saturated market. On the flip side, the Realtor wasn’t quite doing three hours Monday through Friday and yet he did 600% of the average sales. Either way, the numbers that work for everyone I’ve prescribed this to is prospecting for new business fifteen to twenty hours a week. If you do that properly, you’ll see a huge increase in business.

John Chapin is a motivational sales speaker, coach, and trainer. For his free eBook: 30 Ideas to Double Sales and monthly article, or to have him speak at your next event, go to www.completeselling.com. John has over 34 years of sales experience as a number one sales rep and is the author of the 2010 sales book of the year, Sales Encyclopedia (Axiom Book Awards). You can reprint provided you keep contact information in place.